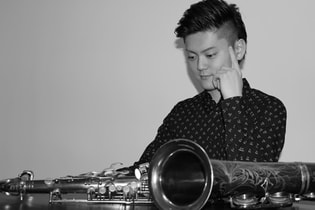 Shuhei Kokuryo is a saxophonist, EWI player, educator, and composer.

Originally from Nagoya City, Japan, he started playing the piano at the age of six and began learning how to play the saxophone when he joined the high school Wind Orchestra in 2005. He was selected for the band director position and performed as the principal saxophone player. He won an inter-school solo competition in 2007 and played a solo piece at his school’s annual concert.

Besides studying business at the university in Nagoya, he was playing in big band, wind orchestra, rock band, and performed many different genres of music. He became a band director and manager when he was a junior at his university, and had reconstructed the management of the band to improve their performance.

He later became interested in Jazz after he heard Charlie Parker’s recordings. He got his BA in Business in 2012 and started preparing for his move to America.

He moved to Texas in the year 2013 to study English and saxophone with Alejandro Fraile at the University of North Texas where he also frequently played gigs around the Dallas Fort-Worth Metroplex Area.

After one year of studying in Texas, he moved to New York to further immerse himself in their Jazz scene, and to learn from well-known international Jazz saxophone players such as Seamus Blake. He was also mentored by freelance saxophonist Adam Hutcheson while in New York.

He joined the music program at LaGuardia Community College and was mentored by Tom Dempsey in 2014. He then started having many opportunities to play gigs with other freelance artists around the New York area.

Shuhei transferred to The City College of New York and attended the Jazz performance program. He received the Presser Award and a spot on the Dean’s List during his time at City College. He graduated in 2018 and studied with acknowledged musicians including Steve Wilson, Jason Rigby and many others.

He recorded his first album with his quintet in June of 2018. The quintet members include Dan Carillo, Ben Rosenblum, James Robbins, and Adam Nussbaum. The album also features Steve Wilson, Seamus Blake, and Adam Hutcheson. The album includes his original tunes he wrote in NY as well as a tune co-written by Seamus Blake entitled "Mirage."

Currently living in Japan. Put together his new group there, "Shuhei Kokuryo The Double Guitar Band."